Martin André enjoys working equally in the opera house and the concert hall, all over the world.  Martin is also the co-founder and co-director of the Islington Festival of Music and Art, which is in preparation for next year's Festival. Please click on this link to go to the Festival website.

After learning the violin and piano at the Yehudi Menuhin School, he studied music at Cambridge University, and made his professional début conducting Aida for Welsh National Opera in 1982. This year Martin has just reached the landmark of 40 years of conducting operas and concerts in nearly 30 countries around the world!

Martin André has a very wide operatic repertoire, but is particularly known for his Janáček, Verdi and Mozart. He has the rare distinction of being the only conductor to have performed for all the major British opera companies, including Un Ballo in maschera (Royal Opera House), the U.K. premiere of Matthus’ Cornet Christoph Rilke and The Makropoulos Case (Glyndebourne Touring Opera), Léhar, Mozart and Janáček (Scottish Opera), Prokofiev, Mozart, and the world premiere of John Buller’s Bakxai (English National Opera). He enjoyed a close relationship with Opera North, conducting many new productions by Falla, Gounod, Janáček, Lehár, Martinů, Puccini, Rachmaninov, Ravel and Verdi.

In 1986 he began conducting operas in the international arena, starting with the North American premiere of Janáček’s From the House of the Dead (Vancouver Opera). He made his début in the United States with Carmen (Seattle Opera).  Since then, he has been regularly appearing in the following countries: Austria, Canada, Czech Republic, Denmark, Germany, Holland, Israel, Italy, New Zealand, Portugal, South Africa and USA.

In the symphonic world, he also has an extremely varied and long list of repertoire, but particularly enjoys the works of Mozart, Nielsen, Shostakovich and Tchaikovsky. He has enjoyed long relationships with Limburgs Symfonie Orkest (Holland), Orquestra Sinfónica do Porto Casa da Música (Portugal), Collegium Musicum Bergen (Norway) and Orquestra Clássica da Madeira (Portugal). He has worked with many of the major British orchestras, and abroad in Australia, Israel, Mexico, as well as with other orchestras in Holland, Norway and Portugal.

Martin is passionate about helping the next generation of musicians, especially conductors. He also created the 4 Year Orchestra Repertoire Training Programme at the Royal College of Music, where he is a Fellow. Martin also formed the National Youth Orchestra of Portugal, (named Momentum Perpetuum), which he managed for 5 years, including a triumphant tour of Italy: the first Portuguese orchestra of any kind to visit Italy.

From 2010 until 2013, he was Artistic Director of Teatro Nacional de Saõ Carlos, Lisbon. As such, he was the Chief Executive of 2 major Portuguese Cultural Institutions: the National Opera Company and the National Symphony Orchestra. As well as all his administrative duties, he conducted several new opera productions, including a Trilogy of La traviata, Il trovatore and Rigoletto to celebrate Verdi’s Anniversary in 2013. He also had a close rapport with the symphony orchestra, conducting a cycle of the complete Mozart symphonies in one weekend, and numerous large-scale symphonic and choral works by Bruckner, Janáček, Sibelius, Strauss, ​Tchaikovsky and many others.

Martin continues to enjoy his close association with Portugal, making frequent visits to the orchestras in Porto and Funchal, Madeira. He also enjoys playing the piano in chamber music groups, and he can be heard throughout his Summer Festival in London each July. 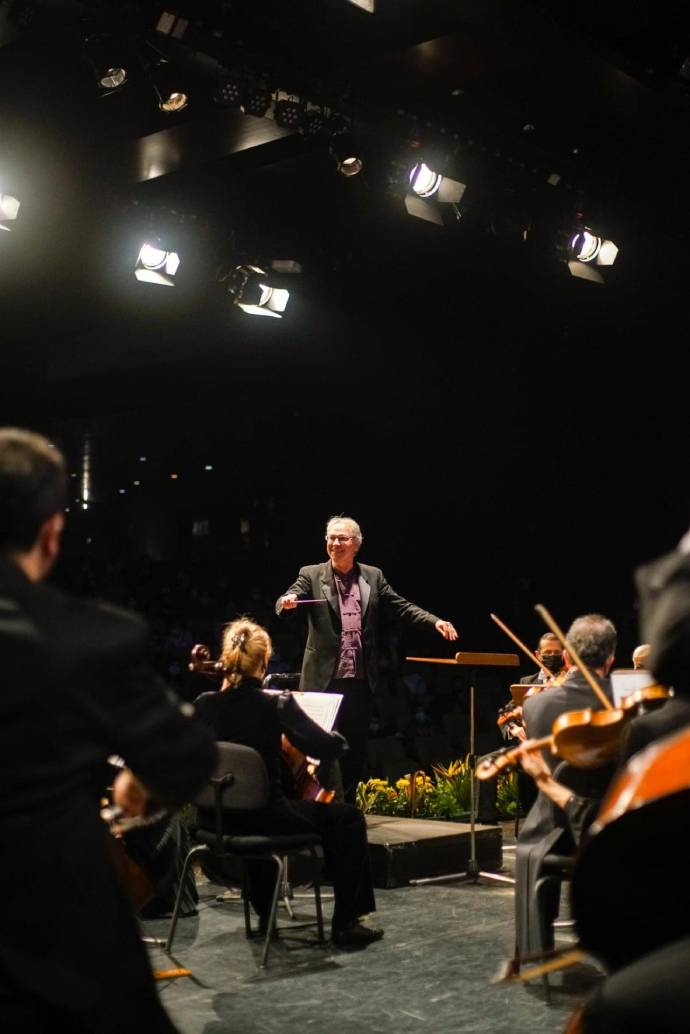